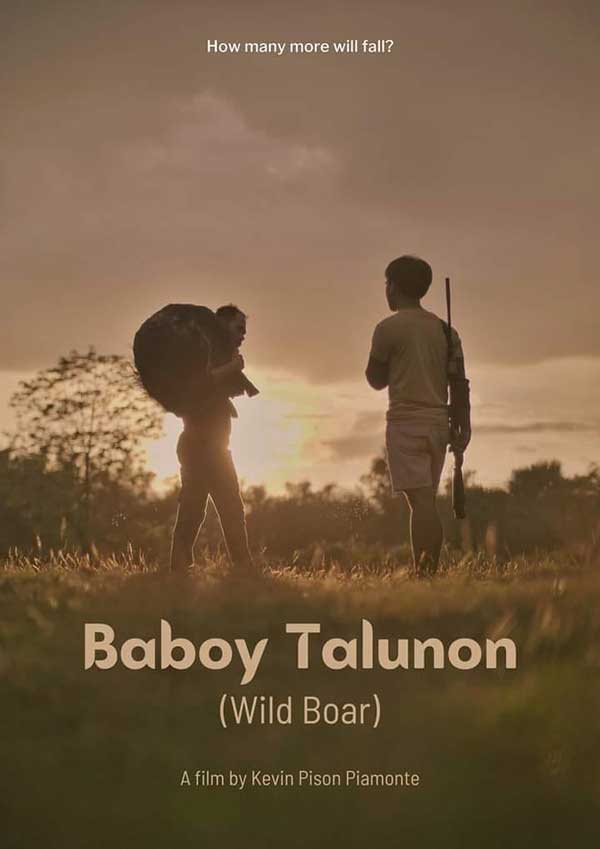 Speaking out against human rights abuses nowadays is enough to earn us the “red tag,” the symbol that denigrates reasoned dissent by reducing those who dare speak their minds to blood-thirsty rebels.

But many of us still take the cudgel and gather the courage to express rightful indignation against violence on both sides and stand up for the biggest victims who happen to be ourselves.

This is the central message of the short film Baboy Talunon (Wild Boar) directed by filmmaker and UPV Professor Kevin Pison Piamonte and I was honored to be part of an exclusive preview at Festive Mall Cinema 5 at the Iloilo Business Park in Mandurriao, Iloilo City.

The film was previewed on March 1 and 3, 2021 just as the country debates on issues of human rights violations.

Baboy Talunon (Wild Boar) is an adaptation of the short Habulan (Chase) by another UPV professor and writer Ferdinand Pisigan Jarin. 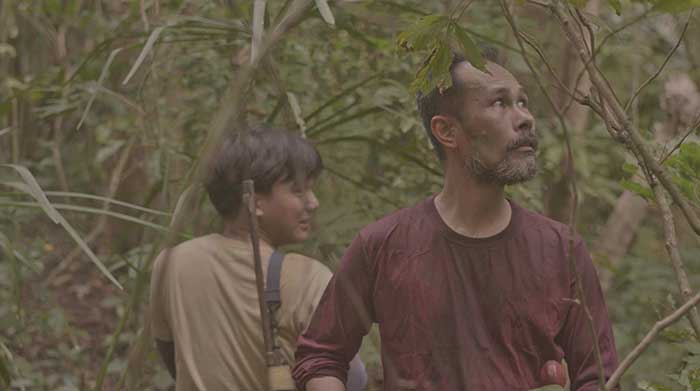 The story centers on a family who live in a far-flung village right at the heart of the battlefield that saw Army soldiers and rebels alike fall to each other’s bullets.

The family hunts wild boar or baboy talunon just as state troopers and the rebels play a deadly game of “catch-and-shoot.” 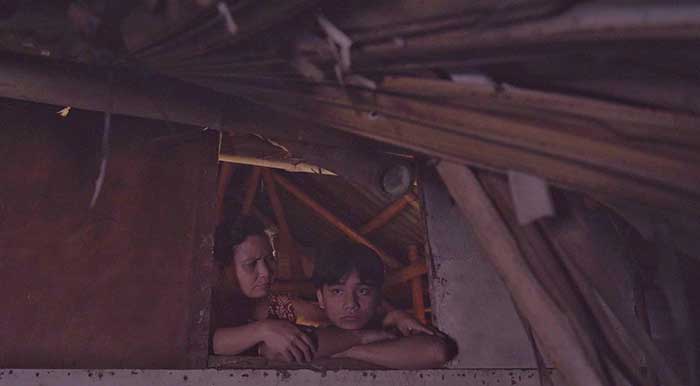 After a sumptuous dinner of wild pork and a chit-chat on life, the family tucks in for a well-deserved sleep.

Their deep slumber, however, was roused by rifle fire, and the son who wanted to become a teacher saw how his family was murdered by uniformed persons.

He escapes but is chased by one of the uniforms deep into the very jungle where he and his father hunted wild boars for food.

The soldier eventually catches up with the boy and was about to slay the kid when the trooper falls into one of the traps (tugalbong) that the father and son made.

The kid grabs the soldier’s rifle and points it at the latter who is writhing in pain after being skewered by the wooden spikes. The soldier begs the child for his life despite the futility of the situation.

Then the words of the child’s slain father echoes back to his mind that it’s better to kill an animal than let it suffer. Whether the child pulled the trigger or was overtaken by his apprehension of taking a life – be it an animal or a human – was something our imagination will have to play with. 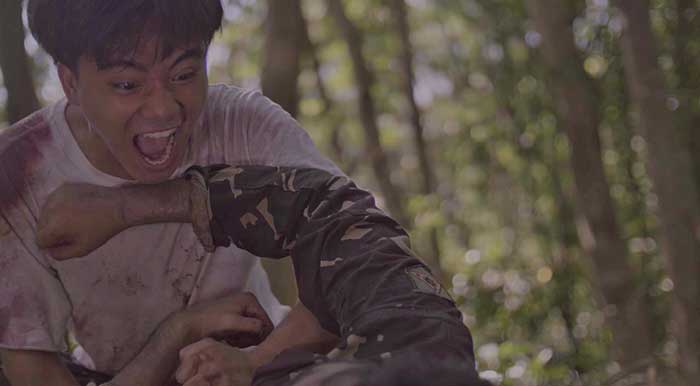 In a chat over coffee, Prof. Piamonte and producer Bobby Rodriguez said the film is very relevant as it deals with human rights violations and red tagging faced by the tumandoks (indigenous people).

The IPs have a place in their hearts having worked with the Atis of the Boracay Island on previous film.

Piamonte said Baboy Talunon is not a singular-minded analysis of violence and war. It talks about the victims who happen to be the innocent people and their communities that try to thrive in a protracted war.

“Let’s respect human rights. This is not about the military against the rebels and the rest. Nobody will win this war,” he added.

“Baboy Talunon” is poignantly symbolic. It’s a story of survival amid the war for our minds and hearts.

While the scene is in the thickets that have long been the theater of a never-ending war, it also cuts through the very heart of the friction between competing interests in all kinds of settings, be it in the cities, towns, or far-flung villages.

From the get-go, this short film poses some of the greatest questions in life – what are we willing to kill or die for? Is killing or death the only logical conclusion to achieve our ends?

Piamonte and Rodriguez said they are working with Jarin for a full-length film adaptation of Jarin’s short story.

Baboy Talunon is co-directed by Kenneth Dela Cruz and produced by Prof. Bobby Rodriguez, with co-direction and screenplay by Kenneth De la Cruz.

The film is a project made possible through the Vice Chancellor for Research and Extension Creative Work Funding Window. (With a contribution from Charmie Saligumba, Division of Humanities, UPV-CAS)