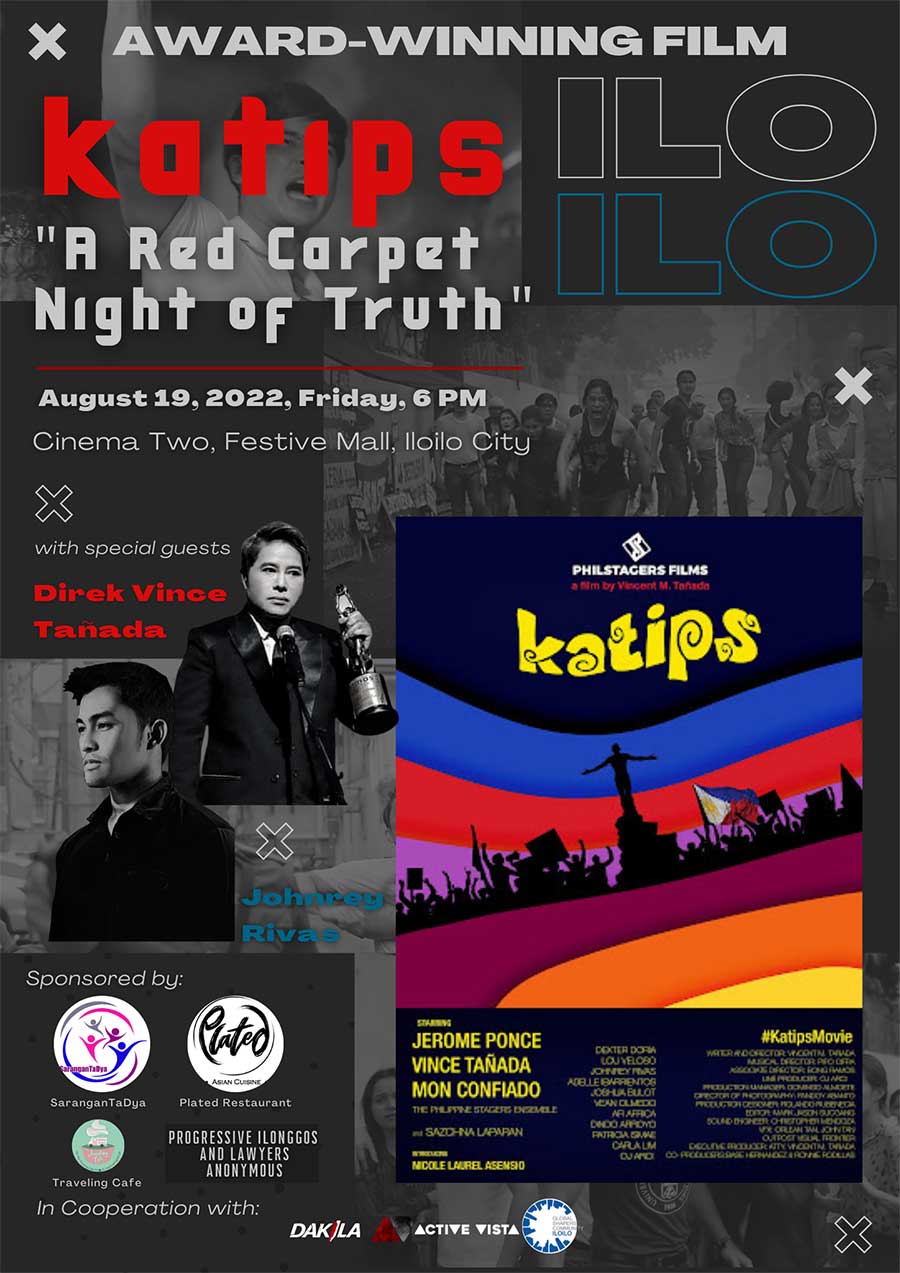 The sold-out affair, also dubbed “A Red Carpet Night of Truth,” will start at 5:30 p.m. with a “Meet and Greet” and photo opportunity session with the Katips stars and their fans and supporters at the lobby area of the Festive Mall Cinema. A short “sharing of insights” will also happen inside the theater after the film has been shown. A mini-press conference with the actors shall also be held at noontime at Plated Restaurant in Q. Abeto Street, Mandurriao, Iloilo City.

The organizers from the Progressive Ilonggos and Lawyers Anonymous hope to “raise social awareness among the Iloilo viewers against disinformation, misinformation, fake news, and historical distortion.” It also desires to “recognize the unsung heroes of Martial Law—hoping to inspire others to continue the cause for democracy, human rights, good governance, and social justice.”

“The film will move you. It transported me back in my UP days,” said Bella Parreno Lopez, one of the Progressive Ilonggos leaders, adding, “I hope the message and relevance of Katips will move our modern-day ‘katipuneros’ and ‘katipuneras’ to continue the mission for what is true, right, and just.”