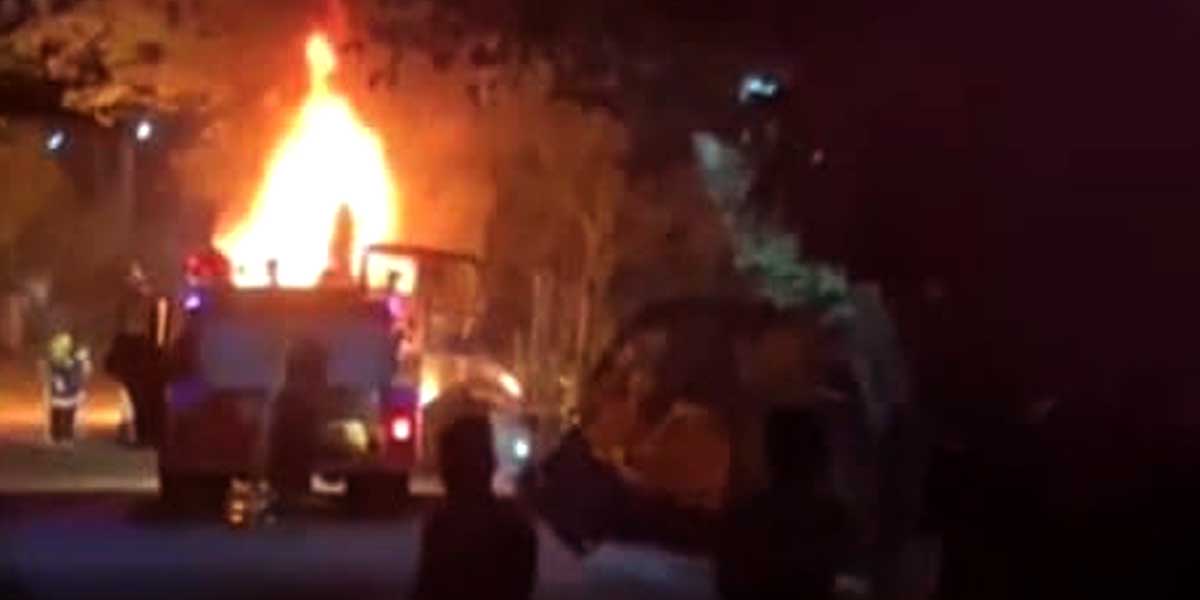 Gunfire shattered the silence before they saw that the excavating equipment was already on fire.

Tolentino said it took around 10 minutes for the suspect to complete the attack before they were seen leaving on board two motorcycles.

Witnesses first called on the Bureau of Fire Protection (BFP) to respond before calling police operatives.

Tolentino said the area was still reeking of fuel fumes when they arrived.

It was gathered that the backhoe was owned by Abelarde Construction Supply.

The company is doing embankment and box culvert works in the area for several months already.

Tolentino said they couldn’t conclude that it was the handiwork of the New People’s Army (NPA).

“We haven’t received any report about the company being extorted,” he said.

Police have recovered live ammunition and nine fired cartridges of a pistol at the scene of the incident.