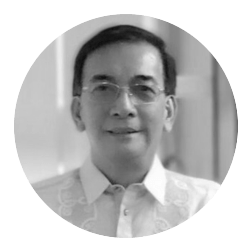 This is an exceptional case where the municipal judge conducted a preliminary investigation when, around 3 years before, the Rules had already been amended and deprived municipal judges or judges of first level courts of the authority to conduct the same.

This case started on July 4, 2008, when a criminal complaint for direct assault was filed against Lydelle Conquilla by the Bocaue Police before the sala of Judge Lauro Bernardo. On July 8, Judge Bernardo conducted “a preliminary investigation and found probable cause to hold the complainant for trial for the crime of direct assault.” He issued a warrant of arrest and bail was set at P12,000, which upon motion of Conquilla, was reduced to P6,000.

Conquilla then filed an “administrative complaint, alleging that under A.M. No. 05-08-[2]6-SC, first level court judges no longer have the authority to conduct preliminary investigations. Thus, complainant avers that respondent judge committed an illegal act constituting gross ignorance of the law and procedure when he conducted the preliminary investigation and issued the warrant of arrest. Complainant claims that the hasty issuance of the warrant of arrest was without legal basis and unjustly prejudiced complainant and deprived her of her liberty. Complainant submits that respondent judge usurped the power of the prosecutor, who was not even given the chance to comment on complainant’s Motion to Reduce Bail.”

Judge Bernardo stated in his Comment that “he issued the warrant of arrest in good faith because he was convinced that there was probable cause and that it was necessary to place the complainant under immediate custody to prevent a frustration of justice. Although respondent judge knew that the Supreme Court already amended Rules 112 and 114 of the Revised Rules on Criminal Procedure by removing the conduct of the preliminary investigation from judges of first level courts, he argues that the power to personally determine probable cause in the issuance of a warrant of arrest cannot be revoked. Besides, even if such power to determine probable cause was indeed revoked by the amendment, respondent judge submits that technical rules can be relaxed if their implementation will result in injustice.”

The Supreme Court then referred the matter to the Office of the Court Administrator (OCA), which “found respondent judge guilty of gross ignorance of the law for his patent and unjustified violation of the provisions of the Resolution in A.M. No. 05-8-26-SC. The OCA stated that the Resolution in A.M. No. 05-8-26-SC, which took effect on 3 October 2005, removed the conduct of investigation from the scope of authority of first level courts judges.”

The Court then held that the “conduct of preliminary investigation by respondent judge was in direct contravention of A.M. No. 05-8-26-SC, which took effect on 3 October 2005, amending Rules 112 and 114 of the Revised Rules on Criminal Procedure by removing the conduct of preliminary investigation from judges of the first level courts. Thus, under Section 2 of Rule 112, only the following officers are authorized to conduct preliminary investigations: (a) Provincial or City Prosecutors and their assistants; (b) National and Regional State Prosecutors; and (c) Other officers as may be authorized by law. Furthermore, Section 5 of Rule 112 provides: SEC. 5. When warrant of arrest may issue. x x x.

The Court stated that “MTC judges are no longer authorized to conduct preliminary investigation.”

The Court quoted Rule 3.01 of the Code of Judicial Conduct which “mandates that a judge shall be faithful to the law and maintain professional competence. Indeed, competence and diligence are prerequisites to the due performance of judicial office.5 Section 3, Canon 6 of the New Code of Judicial Conduct6 requires judges to maintain and enhance their knowledge and skills to properly perform their judicial functions, x x x.”

The Court added that:

“When a law or a rule is basic, judges owe it to their office to simply apply the law. Anything less is gross ignorance of the law. Judges should exhibit more than just a cursory acquaintance with the statutes and procedural rules, and should be diligent in keeping abreast with developments in law and jurisprudence.”

Then, on the issuance of the warrant of arrest and the reduction of bail,  the Court held that the same are void  “for want of jurisdiction. While Rule 114 of the Rules of Court allows a judge to grant bail in bailable offenses and to increase or decrease bail, it assumes that the judge has jurisdiction over the case. In this case, respondent judge conducted the preliminary investigation without authority and issued the warrant of arrest. Thus, these acts are void for want of jurisdiction. The reduction of bail is also void because in the first place, respondent judge had no jurisdiction over the case itself.”

After noting that the present is Judge Bernardo’s third offense, the Court found “respondent Judge Lauro G. Bernardo GUILTY of gross ignorance of the law and SUSPEND him from office for a period of six (6) months without salary and other benefits, with a stern warning that a repetition of the same or similar acts shall be dealt with more severely.”

The Virtue of Prudence