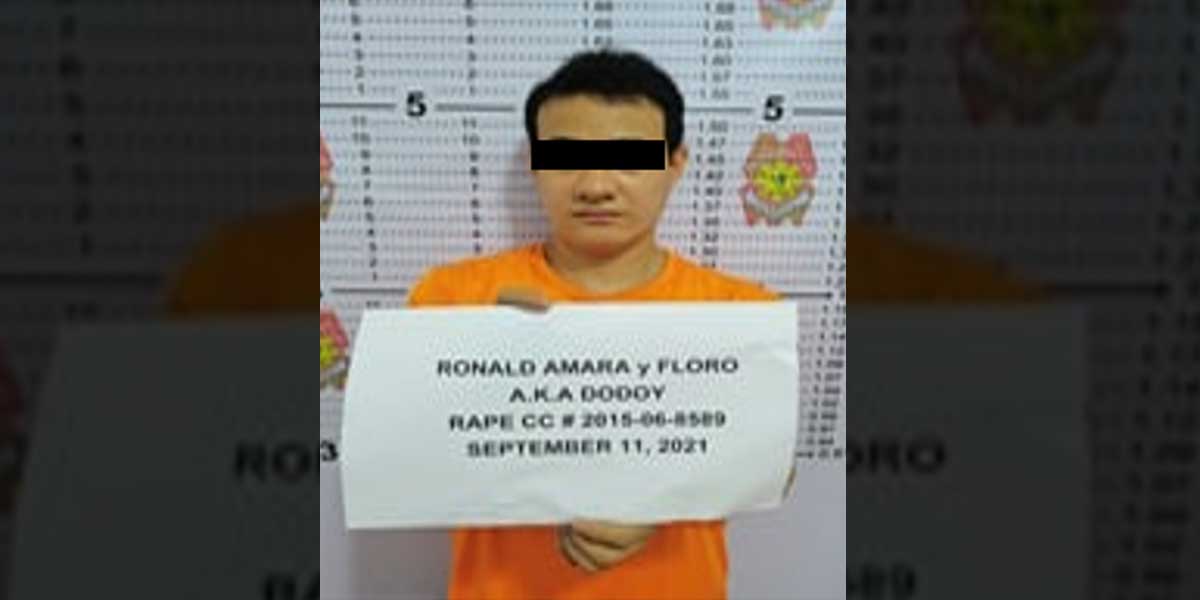 One of the “most wanted persons” of Antique province was arrested morning of September 11 at SM City Bicutan in Parañaque City, Metro Manila.

Ronald Amara, 24, who hails from Barangay Aningalan, San Remegio, Antique, was accused of rape when he was just a teenager.

No bail was recommended for his temporary liberty.

Amara went into hiding for more than six years after he was accused of raping a 12-year-old girl in 2014.