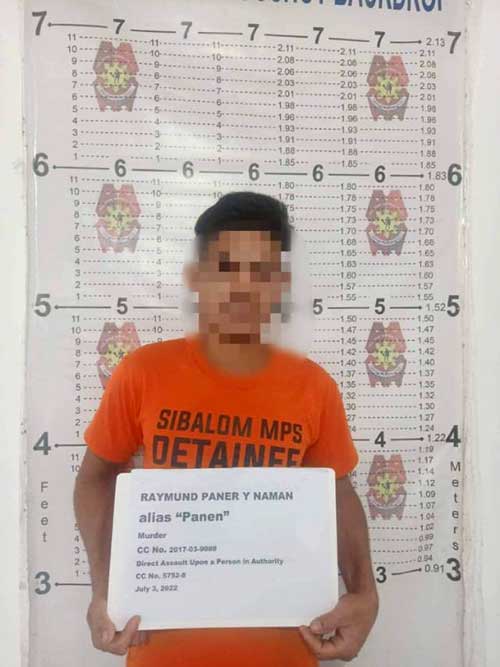 An alleged member of the New People’s Army (NPA) accused of murder several years back was arrested early morning of July 3, 2022.

Paner, a member of the Squad 1, Suyak Platoon of the NPA’s Komiteng Rehiyon-Panay (KR-P)’s Southern Front, is listed as Western Visayas’ No. 2 most wanted man.

Paner is the subject of an arrest warrant for murder in Article 248 of the Revised Penal Code docketed as Criminal Case No. 2017-03-9088 and direct assault upon a person in authority docketed as CC No. 5752-8

No bail was recommended for his temporary liberty

Meanwhile, Judge Lunel J. Gabayoyo of the 2nd MCTC, Sibalom-San Remegio- Belison, Sibalom, issued the other arrest warrant in the assault charge on April 26, 2017. A P12,000 bailbond was recommended for his provisional freedom for the said case.

Major Renato Monreal II, Sibalom police chief, said the murder case was filed against Paner for allegedly killing a village councilman’s father. At that time, he was not yet an NPA member and he joined the rebel group after the incident.

There were several efforts to arrest Paner but the suspect always slipped the police dragnet. He usually did not spend much time at a certain place and would again seek refuge in hinterland villages.

Police have yet to confirm if Paner’s arrest carries a monetary reward.

The suspect is now in the custody of Sibalom PNP.