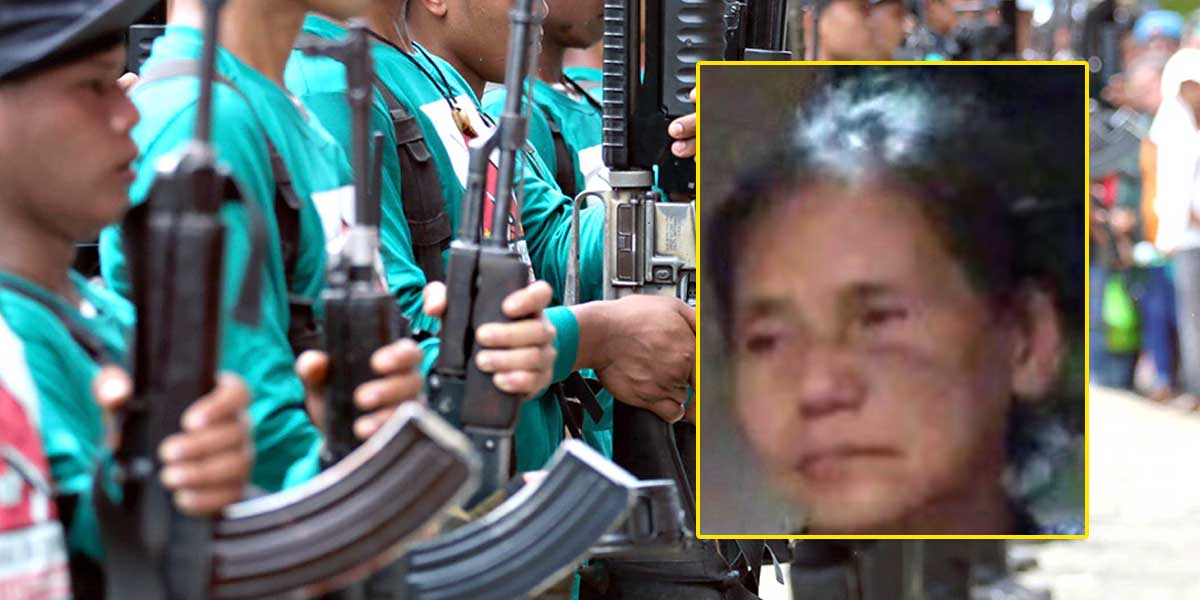 An alleged ranking leader of the Communist Party of the Philippines-New People’s Army-National Democratic Front (CPP-NPA-NDF) who hails from Capiz province was arrested afternoon of Aug 24, 2022 in Quezon City.

Adora Faye De Veyra, whom government operatives tagged as a staff of the CPP-NPA-NDF General Command, was arrested at her rented home in Maalalahanin St., Teacher’s Village East, Quezon City.

The 67-year-old De Veyra – who also goes by the names Boying, Ato, and Vida – is a native of Barangay Roosevelt in Tapaz, Capiz.

Before allegedly occupying the higher echelon at the CPP-NPA-NDF, she used to be deputy security of the NPA’s Komiteng Rehiyon-Panay (KR-P), secretary of KR-P’s Central Front, and head of KR-P’s Regional Education Division

Her husband, Jessie Lipura alias Bren, is the alleged former head of the KR-P Regional Organizing Committee, and member of the CPP-NPA Central Committee.

Troops from the Regional Intelligence Division 6 (RID-6), together with members of the Manila Police District (MPD) Station 10, Iloilo Police Provincial Office-Provincial Intelligence Unit (IPPO-PIU) and Calinog Municipal Police Station, served the arrest warrant against De Veyra for multiple murder with the use of explosives with multiple frustrated murder docketed as Criminal Case Number 06-62230.

No bail was recommended for her temporary liberty.

Solis said they have yet to confirm if her arrest carries a P2.5-million reward.

Nine soldiers belonging to the 47th Infantry Battalion and the First Scout Ranger Battalion of the 3rd Infantry Division Philippine Army were killed in the ambush.

The soldiers were about to return to their camp on board a convoy of two trucks after patrol operations when a land mine exploded.

Twenty others were injured in the firefight that lasted about an hour.