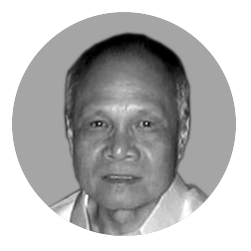 This writer and almost all Filipinos believes in the wisdom of our health authorities that ANY BRAND OF VACCINE THAT IS AVAILABLE IS GOOD FOR US.

Following that logic, almost the entire Filipinos are singing halleluiah when communist China using their own military plane sent the first 600,00 doses vaccine we can use, from Sinovac, LIBRE PA! Two months earlier they have sent 10,000 doses to inoculate the Presidential Security Guards (PSG) and some other military personnel. From the President, down to Health Secretary Duque, Vaccine Czar General Galvez, with complete radio and TV coverage, these officials were shown as very happy and grateful in welcoming China’s Sinovac vaccines.

Even the first injections in various hospitals were shown on all TV stations and splashed on the front pages of newspapers. China Ambassador Huang Xilian even issued a statement “A friend in need is a friend indeed.” To me that is the height of insult to us Filipinos for after illegally occupying many of our islands at the West Philippine sea, the Chinese Ambassador considers the Filipinos as a “friend indeed who is in need”! How can a “friend” prevent food supply to our marine outpost at the scuttled BRP Sierra Madre in Ayungan Shoal so that once in a while treats like “Chicken Joy” (free advertisement!) has to be airdropped by parachute!

Filipinos have indeed short memory kay kon tawtawan lang sang insik sang free nga vaccine, it forgets the Chinese atrocities in the recent pasts. Tani kon may diotay man kita nga dignidad, we could have waited for the other vaccine brands that our government have ordered. Because of inefficiency in our procurement process, we might as well suffer for the consequences rather than swallow our pride and lose our dignity in accepting the vaccine offer from Bully China.

The Philippines is the most aggrieved victim of China’s bullying in the South China Sea (SCS).  China has blatantly and shamelessly disregarded the Permanent Court of Arbitration ruling in July 2016 that it is the Philippines who owns Scarborough shoals and other small islands within its Exclusive Economic Zone (EEZ). China has forcibly occupied them and prevented Filipino fishermen from fishing in its own rich fishing ground.

According to the UN Convention on the Laws of the Seas (UNCLOS), ALL islands, shoals, ridges, sand bars, and reefs located within the 200 mile EEZ belongs to the Philippines, the rationale of which is that each country in the world will have its own exclusive sovereign rights within the 200 miles from its landmass. Scarborough or Panatag shoal, its old Spanish name was Bajo de Masinloc, meaning lower Masinloc is only 124 nautical miles west of Zambales hence within the 200 nautical miles sovereignty limit set by the UNCLOS, yet Bully China occupied it, enlarge it for military installation by using corrals dredged in the shallow South China Sea, thus effectively DESTROYED marine habitat in the area.

China also built artificial islands by reclamation process in the Fiery Cross Reef, called Kagitingan Reef by the Philippines. After reclamation to enlarge the island it has captured, despite the international arbitral ruling favoring the lawsuit filed by the Philippines, China installed a military garrison and airstrip, installed military equipment ostensibly for defensive purposes.

In 1947 with the use of a pencil (no pentel pen at that time), China made NINE DASHES on the map of South China Sea (SCS) and claiming ownership of everything inside the 9-dash line for the flimsy and makeshift reason of “HISTORIC RIGHTS” same as ISIS claim for a  caliphate in the Middle East, terroristic style. The lines has NO coordinates, hence no specific location, just the whimsical stroke of the pencil THAT INCLUDED 90% SWATCHES OF EEZ OF Brunei, Indonesia, Malaysia, Vietnam, Taiwan, and the Philippines. The Hague Tribunal ruling said that China has “NO HISTORIC RIGHTS OR TITLE” over the area claimed and that the 9-dash line was superseded by the 1982 UNCLOS.

Lately, our Malampaya gas deposit in Palawan which provides natural gas fuel to power plants in Luzon (40% of Luzon power needs) via a submarine pipeline will be exhausted in 4 to 5 years’ time. The Recto Bank, 70 nautical miles from Palawan, should be developed NOW as its replacement because it takes at least 5 years of development work to produce oil and gas from offshore deposit. For the past 30 years development of Recto Bank has been stunted because of objections from China. OWNERSHIP OF NATURAL GAS DEPOSIT AT RECTO BANK IS OURS. IT IS BEYOND DISPUTE. We will not allow China’s illegal protest and pestering to disrupt our efforts to harness Recto’s Bank oil and gas deposit as a replacement for Malampaya. There were cases in the past when exploration ships of Forum Energy were being harassed by Chinese patrol boats. To have peace in the area, Pres. Xi Jinping has offered DU 30 to develop Recto Bank on a 40%-60% sharing, which PNOC with its existing partners at Malampaya can do without China.

The traitorous and bully character of China is also very evident in its treatment of Hong Kong. On July 1, 1997, the British returned Hong Kong to Chinese rule on the CONDITION  that China adopt the existing Hong Kong government system for 100 years as established by the British in a formula dubbed as ONE COUNTRY-TWO SYSTEMS. After 20 years, traitor China started changing the rules for more dictatorial control of residents that resulted in the protest of Hong Kong residents the past 4 years. The Hong Kong protestors will never get its pro-democracy demand as shown in 1989 when Beijing brutally quelled the Tiananmen Square pro-democracy protest resulting in the killing of 20,000 of its own people including the purges that followed months after.

The systematic eradication of the Uighur culture and tradition as a Muslim community of 11 million people living in the Tarrin basin of Xinjiang since the 10th century gives the world a glimpse of the true character of bully China on human rights. To disconnect the Uighurs from its history and culture, China’s government systematically destroyed its cemeteries, temples and places of worship, forbade them to grow a beard or wear veils. An estimated 1 million Uighurs, especially the young, have been rounded up into “education camps” in Xinjiang for brainwashing and immersion into the Chinese culture in the guise of combatting religious extremism and separatism.

I rest my case in asserting that we should NOT have accepted the free Sinovac vaccines from bully China. China’s behavior in the past showed a character that can never be trusted. True to its character, the free vaccines given us are bitter pills in sugar coating. The pills are harmless; the poison (loss of face and dignity) is in the sugar!

The world is still agog over ‘Thrilla in Manila’

Torn between theism and atheism