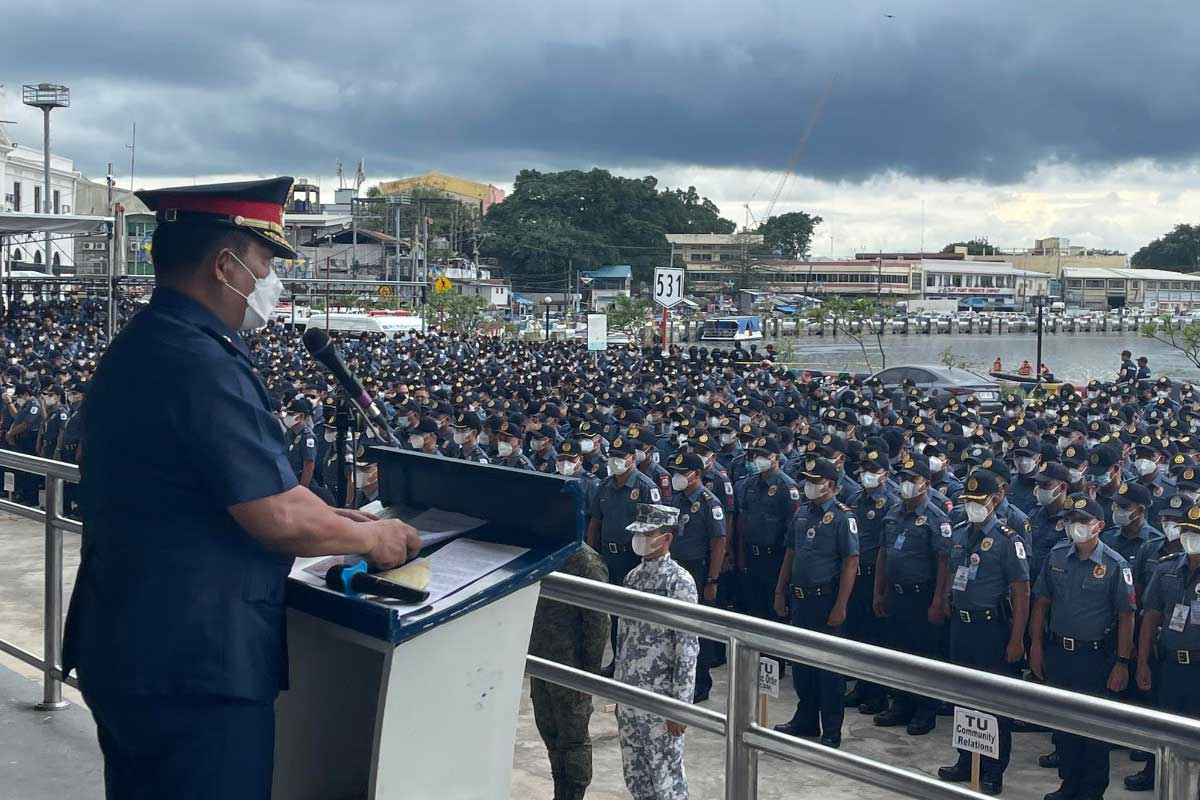 Barring any unforeseen circumstances, this year’s Dinagyang Festival will stand as one of the safest, if not the safest, celebrations in recent times.

“We have ironed out minor glitches and we’re ready for the Dinagyang highlights over the weekend,” she said.

Apart from the organic police in Iloilo, 2,159 augmentation police personnel and 2,971 force multipliers also make up the security contingency.

As of press time, Sequio said they have yet to record any Dinagyang-related incidents such as theft or physical injuries, among others.

Just like previous in-person celebrations of the Dinagyang Festival, this year’s festivities also adopted signal jamming and suspension of the suspension of Permit to Carry Firearms Outside Residence (PTCFOR).

But unlike the previous celebrations, the signal jamming will only be imposed in areas where major events will be held.

The NTC has assured the Iloilo City Police Office (ICPO) that it would try to limit the shutdown in the areas of Iloilo Freedom Grandstand, Plaza Libertad, Plazoleta Gay, Provincial Capitol, Delgado, and Quezon Streets, and in Central Market, and the University of Iloilo where “Kasadyahan sa Kabanwahanan” and Ati Tribes Competition will be held.

Signal jamming will also be implemented during the Dinagyang ILOmination tribes competition and Parade of Lights on the evening of Jan 21 from 6 to 9 p.m. at the new business district in Mandurriao.

As announced on Wednesday, the ICPO said a 10-day PTCFOR suspension is also in force.

So far, Sequio said they have yet to arrest anyone for gun ban violation.

ICPO also reminded merrymakers that making jokes involving bombs or bomb threats should be strictly observed during the Dinagyang festivities.

Actions that are deemed to cause panic and alarm are discouraged.

Violators would be charged for violation of Presidential Decree 1727, which declares as unlawful the malicious dissemination of false information of the willful making of any threat concerning bombs, explosives, or any similar device of means of destruction and imposing penalties therefor.

Further, only drones accredited by the Iloilo Festivals Foundation Inc. (IFFI) and the Iloilo City government are allowed to fly in the judging areas.

Also, police said that backpacks are not totally prohibited but spectators are discouraged from bringing one.

Those who would carry backpacks would be subjected to inspection at the pedestrian screening areas (PSAs).

All deadly weapons and contraband are also prohibited.