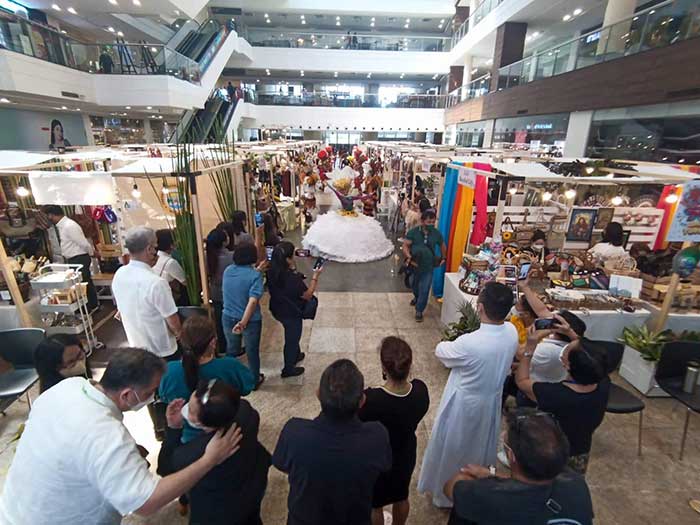 Mary Ann Colmenares, Association of Negros Producers (ANP) vice president for advocacy on Wednesday said that “for the record, this trade fair is the highest grosser, brought about in part by the customers flocking the fairgrounds after missing it for 2 years when it was cancelled due to the pandemic.”

The LGUs joined the trade fair to showcase and to benchmark in order to capacitate and improve their competitiveness.

She pointed out “ANP’s most important retail platform for its members, the ANP Negros Showroom and The Negros Trade Fair, have been put under tremendous challenge to bounce back and the recent turn out of the NTF has given our members/exhibitors renewed hope that the cogs of their business operations will start turning again towards full economic recovery.”

Colmenares also said that ANP’s recent pride is the unexpected sales and bookings of the products from the remote mountain communities under their livelihood improvement program tasked by the provincial government.

She said one of the communities, Sitio Madaja, achieved P500,000 in sales and booked orders for its tikog banig or native mat.

“A long way from being an underserved remote community whose household income was only P1,000 a month,” she added.

Colmenares said that  ANP continues to find and innovate more platforms for its members and commits to be the BSO (Business Service Organization) that strives for agility and relevance against rapid changes.

The recent NTF has given the association more input to stage a better fair every year, she added

The 36th Negros Trade Fair is co-presented by the Province of Negros Occidental under Gov. Bong Lacson, the Provincial Administrator’s Office under Atty. Ray Diaz, Provincial Tourism Office and the PPDO.

Negros Trade Fair is the longest-running provincial trade fair started in 1985 by the Manila-based Negrenses who were moved by the news of poverty among the sugar farm workers in Negros Island.

The 36th Negros Trade Fair was held last September 20- 25, 2022 at Glorietta Mall in Makati after a two-year hiatus due to the Covid-19 pandemic.