“The Civic Activity was conducted on March 25, 2022, to inculcate into the minds and hearts of the students their responsibility to their family, community, country, and most especially to the mother earth; to help the students in choosing the right course in college; to educate them of the functions, programs, and projects of the offices in the municipalities, the PSA, and National Government Agencies; to guide them on handling one’s self both spiritual and mental; and to let them be aware on VAWC’s Laws, dangerous drugs and their effects, disaster preparedness, and Financial Literacy,” Municipal Civil Registrar (MCR) Jesusa Millondaga said.

“To attain the objectives of the 2022 Civic Activity, different topics were tackled by various invited speakers,” Millondaga added. 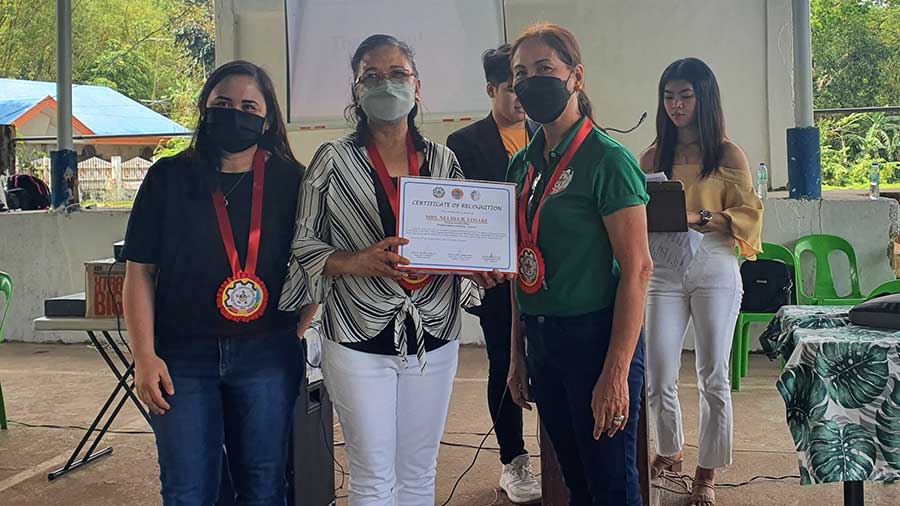 Provincial Statistical Officer (PSO) Nelida B. Losare of PSA-Guimaras was the first speaker who discussed the PSA Programs and Projects towards the CRVS Decade Goal Achievement.

Losare, started her presentation with an overview of how the PSA was created by RA10625 and discussed the Agency mandate, powers, and functions emphasizing the primary functions: the PSA served as the central statistical authority of the Philippine government on primary data collection, conduct of periodic censuses, compiles national/regional accounts; carryout, enforcement, and administer civil registration.

“The PSA does not give financial assistance to the people, it’s not the agency’s mandate however, the data gathered by PSA is being used by other agencies in identifying recipients of their project/assistance and is being used by the planners, and policy-makers,” Losare said.

Losare discussed the initiated projects of the PSA and LCROs to help the country achieve its commitment to the CRVS decade goal that by 2024 no one shall be left behind unregistered. These were the Barangay Civil Registry System (BCRS) data banking and the PhilID Birth Registration Assistance Project (PBRAP).

“The MCRs of each municipality, Barangay Officials, Barangay Health Workers, and Volunteers, and the PSA Guimaras joined forces in implementing the BCRS to monitor vital events occurrences and identifying which barangays still need assistance in registering their constituents through a mobile registration,” Losare said.

“Another project is the PBRAP which will assist the poorest of the poor, the IPs, the Muslim Filipinos, and those living from the far-flung areas to be registered free of charge,” she added.

“If the students found out the symptoms discussed with their classmates or family members should not be taken for granted, they should talk to the person or their parents,” Dr. Gencianeo said during her presentation.

“The anti-VAWC law is not based on gender, any person (a man or a woman) who abuses women or children are considered as offenders under the Anti-VAWC law and is subject to penalties and or imprisonment,” PSMS Song said.

MCR Elma Zaldivar of Buenavista also imparted to students the importance of knowing one’s self by doing self-care, self-worth, self-esteem, and practicing solitude which is the sacred time and space that we create for a meaningful connection with ourselves and God.

“One of the PSA’s innovations recently implemented is the online booking for same-day appointments through appointment.psa.gov.ph,” Dorilag said.

Head teacher Paterna E. Gencianeo, and the other ten (10) teachers who joined and warmly welcomed the participants, speakers, and organizers of the event also extended their appreciation.

“We are grateful that JNHS students became the beneficiary of this 2022 Civic program and we are so overwhelmed with the various topics presented by different agencies,” Head teacher Paterna Gencianeo said.

“We are thankful to have this lecture series with an open forum, trivia questions with corresponding prizes, team-building, and games for our senior high students,” Gencianeo added.

September 27, 2022 0
Western Visayas’s alleged high-value individual and the No. 2 provincial “drug personality” was arrested at Barangay Calitan in Panay, Capiz at about 7:30 p.m....

SHABU HIGHWAY?: P1.020-M worth of ‘shabu’ seized in Bacolod seaport