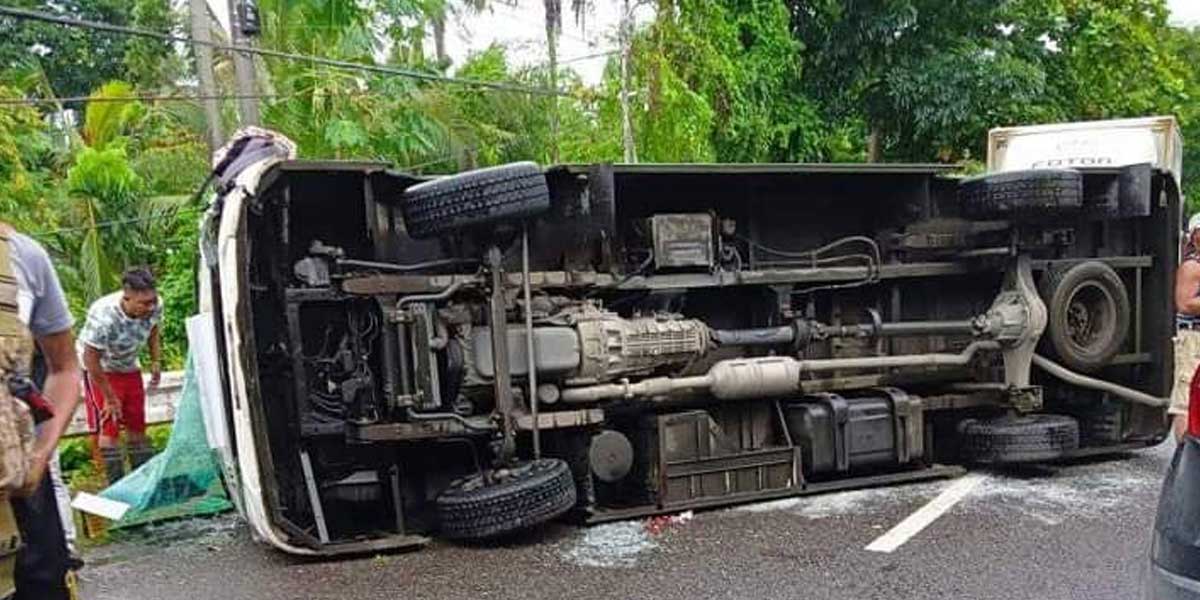 Twenty persons landed on the hospital after the modernized jeepney they were riding flipped onto its side in Tigbauan, Iloilo morning of June 30, 2022.

Fortunately, no one was seriously injured among the 19 passengers and the vehicle’s conductor, who were taken to Rep. Pedro Trono Memorial District Hospital in Guimbal town.

Only the driver, Jeven Kate Tribunsay, 27, a resident of Sto. Domingo Subd. Barangay 9, Poblacion, Tigbauan, was physically unscathed during the incident.

Tribunsay lost control of the wheel after a branch from a roadside tree fell and hit the Jeep’s windshield.

He swerved to the opposite lane, but the bus turned turtle and landed on its side.

Panes said the jeepney driver is now in the custody of the local police pending the filing of charges against him.